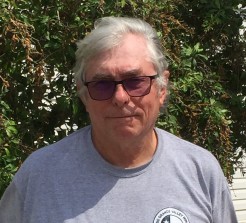 My wife Pat and I came to Palm Resaca with our RV for several years to be with our good friend Bob Odegaard from our mutual hometown of Rush City, Minnesota.  Later we rented a mobile home in the park for one year before purchasing that mobile. I have been on the PRMHP board since 2019. 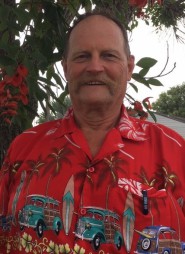 I am a retired Captain from the Calgary Fire Department and served 32 years.  My wife Shelley and I are going into our ninth season at Palm Resaca Park.  We love our beautiful park and continue to be involved in many activities throughout the winter season. We are proud to make a positive contribution to enhance the Park while in turn, preserving the vision of the Founders.   Together, we look forward to many great years with our Palm Resaca Family!

I have served on the Board of Directors since 2016 and my term will continue until 2023.  I  have been the liaison with the Internet and Rec Club committees.  I’m currently chairman of the Long-Term Planning committee plus a member of the Finance Committee. 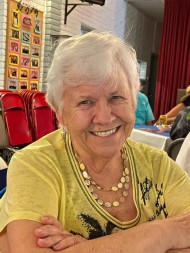 I moved into Palm Resaca in November 2002 without knowing anyone.  I am really glad I made that choice as this is a great place to live!!  Since that time, I've kept busy as chairman of our annual Open House for six years, as an officer in the Recreation Club for three years, and was elected to the Board of Directors in February 2010.  In 2013, the Park was in need of a manager and I was asked to take on that position temporarily.  After 3.5 years as manager, I retired and just enjoyed life in this wonderful park.  Now I again have the opportunity to serve on the Board and look forward to helping in whatever way I can. 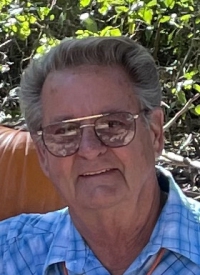 I was born in September 1946 in Grand Blanc Michigan and lived in Illinois from 1951 until the present.  I graduated high school in 1966 and then did a four year stint in the US Navy.  After the Navy I spent about 37 years working in a manufacturing factory setting.  Initially as an Automatic Assembly Line Maintainer in a Continental Can Company can making factory for ten years.  I was operating and repairing the can fabricating machinery for an entire beverage can production line sending 12 oz. beverage cans through a hole in the wall to the Coca-Cola bottling plant on the other side until that plant was closed in 1980.  I then moved on to the Electromotive Division of General Motors, testing locomotive engines for a couple years.  After being laid off from Electromotive I found employment as a Maintenance Department Supervisor and eventually Superintendent of a fifty man maintenance crew at a Chicago floor tile manufacturer for the next twenty years and finally finished my work life as a maintenance foreman at another factory before retiring in 2008.

Since High School, I’ve done all my own vehicle repairs and maintenance until the last seven or eight years when cars became so computer dependent that the “Shadetree Mechanic” in me was forced to admit I couldn’t do it anymore, plus advancing age told me to let the pro’s handle it.

I have always been interested in electronics and home computers and have built both the computer I currently use and Patti’s computer, brand new, from components purchased at an electronics supply store for about half the cost of buying one at a big box store.  It’s the cheapskate in me I guess, plus it’s fun

I rode motorcycles in my twenty’s and early thirty’s until shortly after the birth of my kids and the emotional and financial responsibilities of raising a family and providing for them forced me to give up motorcycling.  After becoming an empty nester in my early fifties and then losing my first wife following a lengthy illness I’ve gotten back into riding again and have had several bikes since, culminating in the 2011 Harley Trike (my version of a golf cart) I’m currently riding.

The initial home my first wife and I bought was a condominium that we had for about twelve years, the last eight of which I was a member of the board of directors for our condo association.

Following a visit to Palm Resaca in about February of 2017 Patti and I really loved this place and decided to sell our home up north in Oak Forest, Illinois, keep our summer get away trailer in Seneca, Illinois and become Winter Texans here at Palm Resaca.  We bought and moved into #49 in April of 2019 and we’re now putting the finishing touches on a brand new trailer on lot #51.  We’re generally up north from mid April through mid October and down here the rest of the year.

Patti and I both have kids and grandkids in northern Illinois so we won’t giving up our northern summers anytime soon but are looking forward to many more fun winters down here. 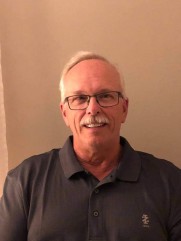 My wife Linda and I first came to Palm Resaca in 2015. We immediately fell in love with the friendly people and welcoming community atmosphere we found. We have made many amazing friends in our 6 years in the park. We love our winter home and look forward to spending many more years enjoying the fellowship and comradery with our Palm Resaca Family.  We love being Winter Texans at Palm Resaca Park.

As a member of the Board of Directors I look forward to making a positive contribution in helping to ensure our park continues to improve its amenities and remains that happy place where people are welcomed with open arms. 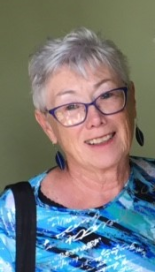 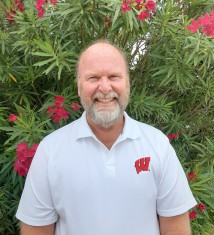 My wife Linda and I have been Winter Texans at Palm Resaca Park for five years and we love our home and Palm Resaca family.  I have been involved with many of the activities here and believe being a servant-leader is a way to give back to this great community.  I am excited to be a part of what is yet to come.

Where to Find Us: